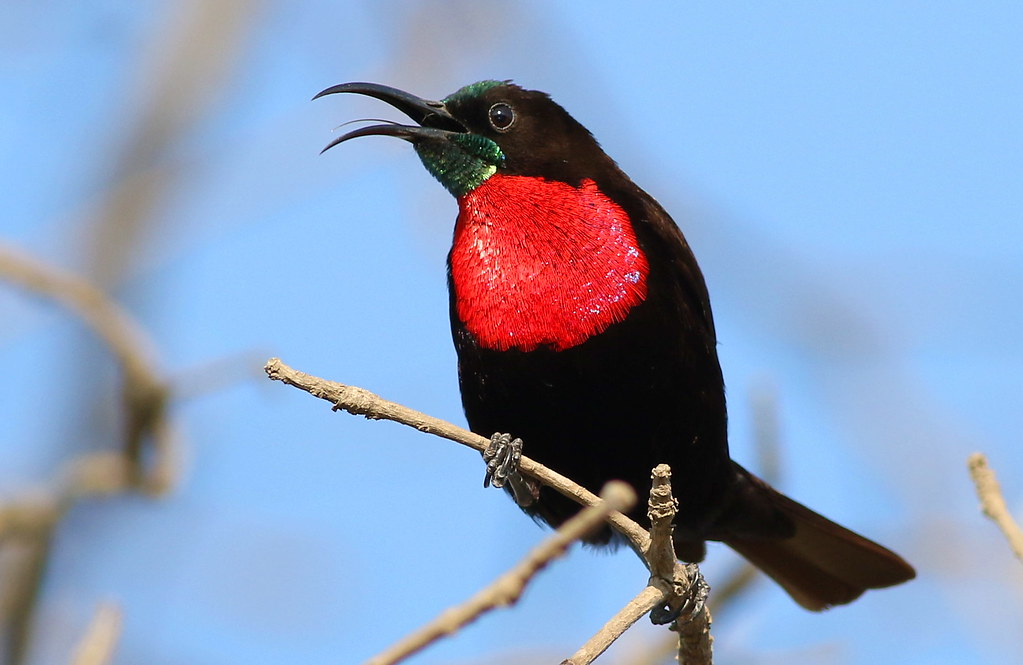 Often in groups at nectar sources where males frequently chase conspecifics and other Sunbirds. Also hunts insects and spiders, but usually alone. May hover to feed, but usually perches.

The male defends the breeding territory. The nest is pear-shaped with a hood over the entrance hole, and suspended from a branch. It is built by the female using dry grass, stems, leaves and/or bark bound by spider web. Usually two eggs are laid and incubated by the female. Chicks and fledglings are fed by both parents for up to eight weeks.

Birdwatching.com.na is a Namibian birding website, owned by Neil Macleod. Neil runs SafariWise Namibia, a tour company specializing in birding tours as well as doing other specialist tours including photographic trips. Neil is a top class naturalist and still conducts many of the tours himself.

Though small, SafariWise has a huge amount of experience in this field and is considered Namibia’s top birding tour company.

When not on tour, Neil lives in Swakopmund with his family, where Safari Wise Namibia is based.

Book with us today: